No-one really knows but there are lots of theories... No doubt over time, science will gain a better idea of how our bodies work. For now even the most expert scientists in particular areas acknowledge that they have only begun to understand how, for instance, the brain works.

The following videos give us some useful insights about this:

Theories on how Bowen work include:

Thus we have a coming together of different techniques from around the world dating back in some cases thousands of years (Ötzi the Iceman thought to have died 3370 - 3100 years ago BC) which have all observed common lines, and points along those lines, of influence running through the body. These points can be triggered to bring about both local and distant changes leading to an improvement in health.

* An osteopathic basic principle is that structure governs function and vice versa. In layman’s terms, if the structure of the body is out of alignment it will affect the functioning of organs in the body, and vice versa. For example, tensions in the chest will restrict the ability of the heart and lungs to function properly, tensions in the tissues of an organ will affect not only its function but also the wider structure by pulling the body in around the tension whether by lines of tension or by virtue of the pain being felt in the area. 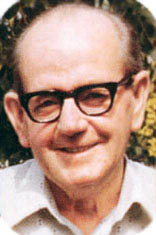 Between 1959 and 1982, Tom Bowen of Geelong, Australia developed a unique kind of Bodywork technique now practiced in his name. 'Bowen therapy' or the 'Bowen technique' and other derivative / related styles based on the original Bowtech® interpretation include Fascial Kinetics, Neurostructural Integration Technique (NST), Smart Bowen® and Fascia Bowen. These along with complementary adjuncts such as Emmett Technique are now delivered to an international public. It is a health modality offered by over 40,000 practitioners in some 59 countries or regions around the world...

X
This website stores cookies to help us monitor use of the website and uses Google Analytics to track your location. Opt out of Google Tracking. Got it!